As part of our effort to help people visualize data obtained from the Security Information Exchange (see the October 7th, 2016 post "Visualizing SIE Channel 204 Data"), we thought it might be interesting to try geolocating and mapping IP addresses from SIE Channel 204.

2. Getting Some IP Address Data

The output can be viewed with:

Other records may have NO IP address, as is the case for the following SOA ("Start of Authority") record:

3. Keeping Just Records That Have IP Addresses, and Stripping All Unneeded Text

Having retrieved and saved five million observations of the sort shown above, our next job is to strip away all the extraneous information from those records, leaving us with just a file of IP addresses which we can then geolocate. We use jq and grep (the regular Unix search command), to do that processing:

Decoding that command line (note that you may need to scroll to the right to see it all):

An aside: that file name may be a little misleading since in fact only 3,463,683 records remain after the filtering is finished:

Note that both IPv4 and IPv6 IP addresses may be present.

To geolocate our IPs, we'll use the terrific free geolocation data from IP2Location.[1]

You can see the small ip-to-lat-long.pl Perl script we used to resolve those IP's to latitudes/longitudes in Appendix I, below. In order to be able to run the script, you'll need:

Running the little script is quite straight forward:

For this program, we're going to use the basemap matplotlib python toolkit, adapting an example that was formerly shared on the (sadly now-down) getdatajoy.com web site. You can find an archived copy here.

The required libraries and their documentation can be found here and here.

The small Python script is included below in Appendix II. Running it is also straight forward, requiring simply that we feed it a list of latitudes and longitudes, and list the starting and ending times for the title…

The resulting map gets shown on the user's display, and in this case looks like: 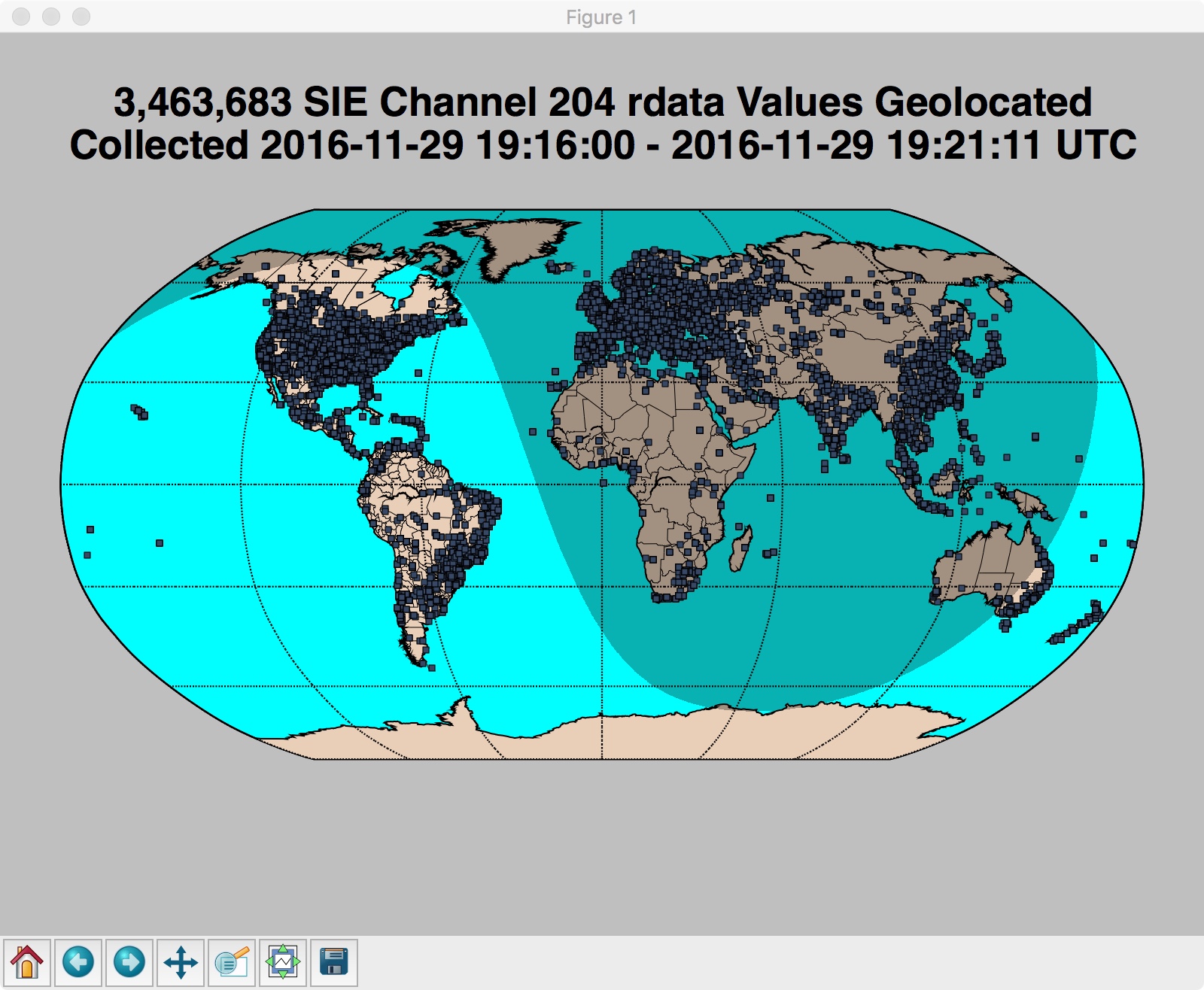 The grey sinusoidal region represents areas of the globe where the sun is down.

Dots on the map represent locations where there was an IP that mapped to that latitude and longitude.

As you might expect, North America, Europe and parts of the Far East appear to be particularly popular destinations.

Because of the number of points we're plotting, the precise details are hard to make out in the densely-dotted regions, although if we zoom in 700% on a particular region (such as southeastern Australia), we can get a bit of a sense of how much overlap is occurring: 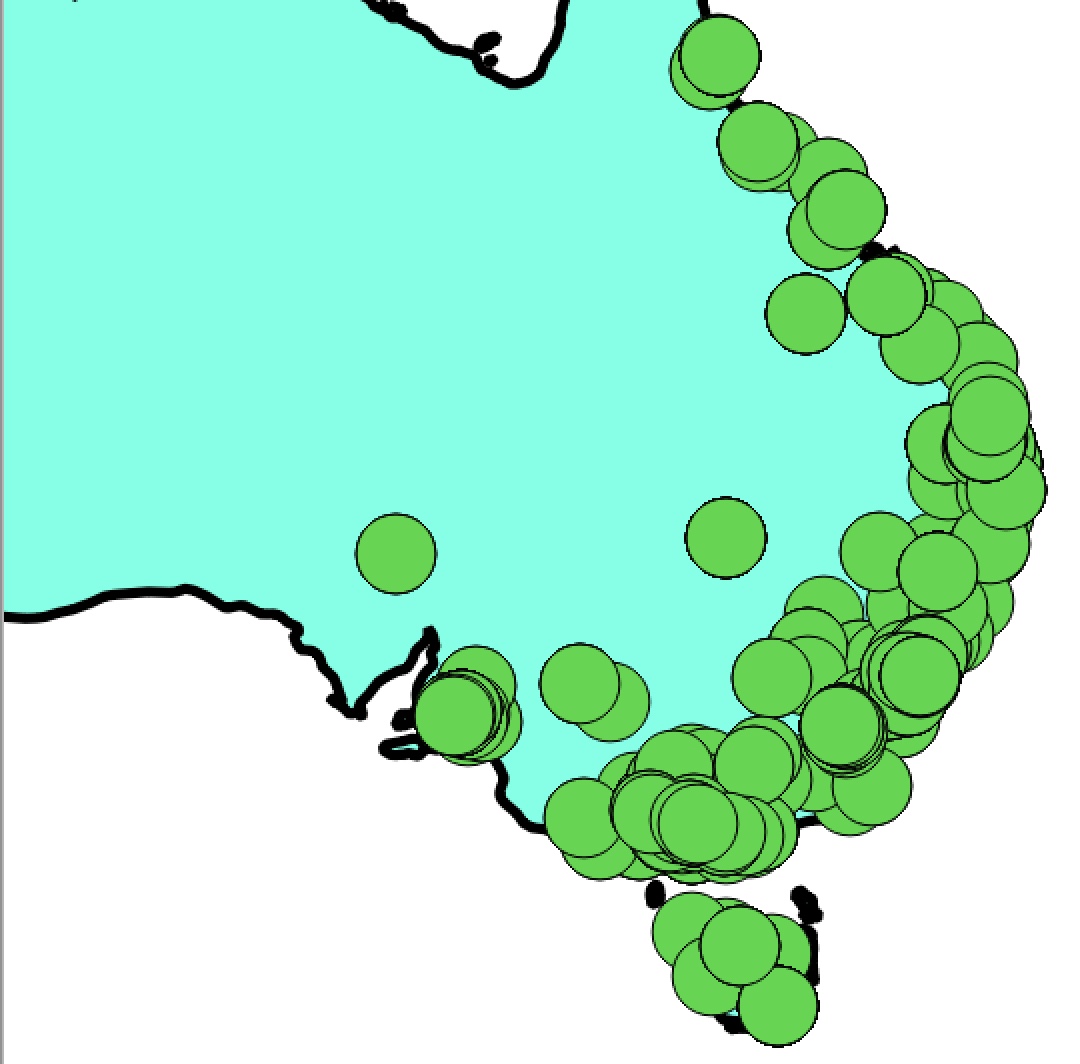 More generally, this may be a perfect use case for employing a "heatmap" with the most densely visited regions being quite dark or "hot" and the less heavily visited being lighter.

Heatmaps are commonly seen today, with many built using Google Maps. Unfortunately, Google Maps can only work with a maximum of 10,000 points per map, while we need to map a "few more points" than that (roughly 3.5 million!) on our heatmap.

In part II of this series, we'll describe how to use the free/open source QGIS as a more scalable alternative to create a heatmap for this data.

Joe St Sauver, Ph.D. is a Scientist for Farsight.

Appendix I. IP to Geolocation Script